The Gråhara lighthouse marks the entry to Helsinki. Here shown in the painting “By Gråharan” from 1911 by Jacob Hägg (aquarell, 20×32 cm) . Belongs to the Swedish Maritime Museum.

Helsinki, the capital of Finland, is called the “daughter of the Baltic” and for a number of good reasons. The central parts of the city are located on a narrow peninsula and you are never more than a few tens of minutes away from the sea. No wonder then that there are many sailing and boating clubs along the shores of  Helsinki and its neighbor city of Espoo. The waters around Helsinki offer some very nice sailing and therefore it is no wonder that day and week end trips are very popular with the local boaters. This article discusses the sailing waters around Helsinki defined by a day trip east or west.

Helsinki and it’s surrounding waters have a lot to offer to tourist and visitors that arrive in Helsinki by boat. The city itself is a great place to visit and pretty much everything in Helsinki is immensely accessible by boat. You can sail into the city center and stay in the Helsinki Marina and only be a few hundred meters away from the all the action of the big city. Regardless if you want to eat at a Michelin star restaurant, shop at Stockmann’s, the premier department store in Finland or listen to world class opera or concerts, those are just a very small fraction of the attractions available also to boaters. But more on Helsinki itself in a later post! 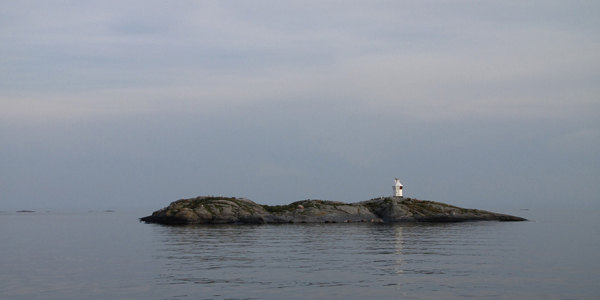 Leave the city behind for the natural beauty of the archipelago outside Helsinki. Photo by Harri Kiljander.

For sailors, the main attractions of Helsinki are the sailing opportunities that the city offers. One would think that all the islands outside a major capital like Helsinki would be very expensive private property, but this is not the case. Many of the islands are actually recreational areas and open to boaters. The excellent guide to the Helsinki archipelago list no fewer than 130 boating destination along the mainland and on the islands, all of which are an easy day trip from Helsinki city center. 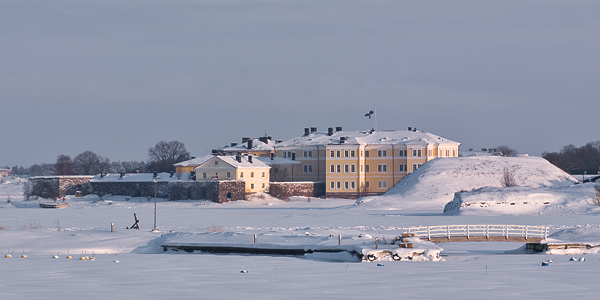 The Helsinki sea front is dominated by the Suomenlinna fortress island, a UNESCO World heritage site and a very nice sailing destination with it’s own marina. Suomenlinna is also the center of wooden boating in Finland today. The dry docks that date back to the building of the fortress in the 18th century are today the home a large part of the classic sailing ship fleet in Finland. Suomenlinna is also host to the biggest annual wooden boat regatta in the Nordic countries, the Viaporin Tuoppi (Viapori is the old Finnish name for Suomenlinna, comes from the Swedish name of the fortress: Sveaborg).

An other option is the island Pihlajasaari which features sand beaches, a restaurant, good mooring opportunities and an unofficial naturist beach, the only one of it’s kind in Helsinki. The more adventurous might want to visit one of the small rocky islands instead where there are no facilities and boats are tied up directly to the rocky shore as most of them have no jetties.

The Helsinki capital area actually consist of four adjacent cities, Helsinki, Espoo, Vantaa and Kauniainen. Espoo, located just west of Helsinki, is also very much a sailing and boating city. Espoo’s long coastline is littered with yacht clubs and seaside villas so Espoo itself does not offer a lot of sailing destinations. However, the city of Espoo owns a large number of recreational islands that are located along the Espoo coast and further west. Even thought these islands are owned by Espoo, they are open to everyone. Most of the islands offer a harbor and are great boating destinations. It should come as no surprise that during week-ends they can be very crowded. You can find a full list of the Espoo recreational islands here.

For some reason, boats from the Helsinki region tend to sail west. The south-westerly route down towards the Porkkala peninsular some 30 nautical miles from Helsinki takes you to some of the most popular destinations for week-end trips. Even though the coastline is rather crowded, first with houses and later increasingly with summer cottages, there are quite a few nice harbors along the route to Porkkala.

The Association for recreational areas in the Uudenmaa region (Uudenmaan virkistysalueyhdistys in Finnish) owns two nice harbors along the route: Järvö and Stora Brändö. Especially the latter is very nice and offers a good jetty. During high season it will be very crowded though and you should mind the rocks to both sides of the entry channel to the jetty. 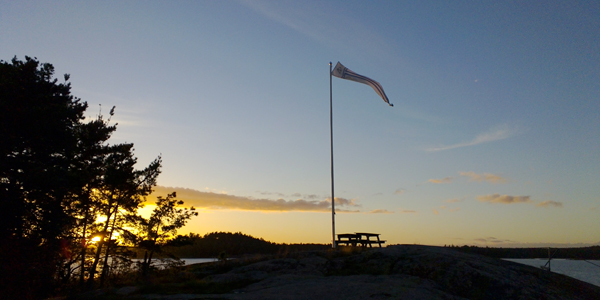 Club harbors are best recognized by the club flag or pennant. Photo by Harri Kiljander.

Many sailing clubs own islands and harbors along the Porkkala shores. Unfortunately club harbors are mostly reserved for members only and therefore not available to visitors with prior arrangement. You can normally spot a club harbor by the club flag being flown somewhere close to the jetty (as shown in the picture above).

Porkkala itself has a very interesting history. As part of the peace treaty with Russia after WWII, the Porkkala peninsula became a Russian military base in 1944 and control of the area was only given back to Finland in 1956. During that time the Porkkala area was totally off-limits to all Finns and even the windows of the trains between Helsinki and Turku were covered with blinds when passing through the area. You can read more about this period in the history of Porkkala here. 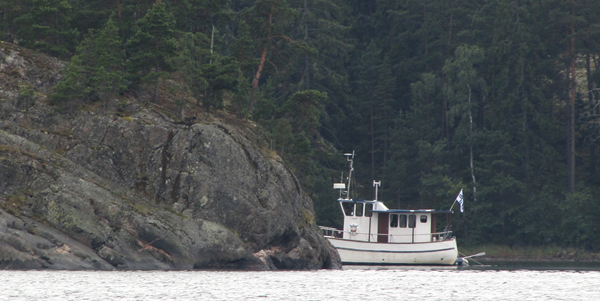 It is very popular to build summer houses along the shores close to Helsinki but there are still many good anchorages for those who seek some privacy. Photo by Harri Kiljander

If you want to be different, then you head east from Helsinki. Perhaps not the most beautiful sight, but very impressive is the new Helsinki port in Vuosaari, the biggest port in Finland. Watch out for the big ships in the channel to and from the port!

There is a surprisingly large number of islands with facilities for boaters to the east of Helsinki. For a full list, check the Guide to the Archipelago. One theatdeserves special mention is the second Kaunissaari (Fagerö in Swedish, translates as “beautiful island”, the first Kaunissaari being the one close to Kotka, see this earlier post on the eastern Gulf of Finland). Kaunissaari is owned by the city of Helsinki and is a public recreational area. It has a good (but rather shallow, only 1.9 meters) harbor but can also be reached with tour boats. You can also camp on Kaunissaari and and many people actually set up a tent on the island for the whole summer and use it as a semi-permanent summer home. 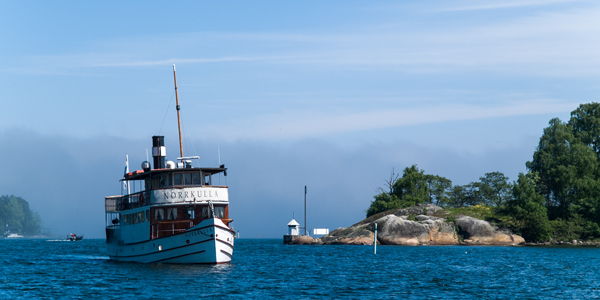 You don’t need your own boat to visit many of the islands east of Helsinki, in the summer there are many tour boats that you can take!

Your most important resource to sailing destinations oiutside Helsinki is this Guide to the archipelago, published by Helsinki and Espoo. Download your own copy by clicking on the image! 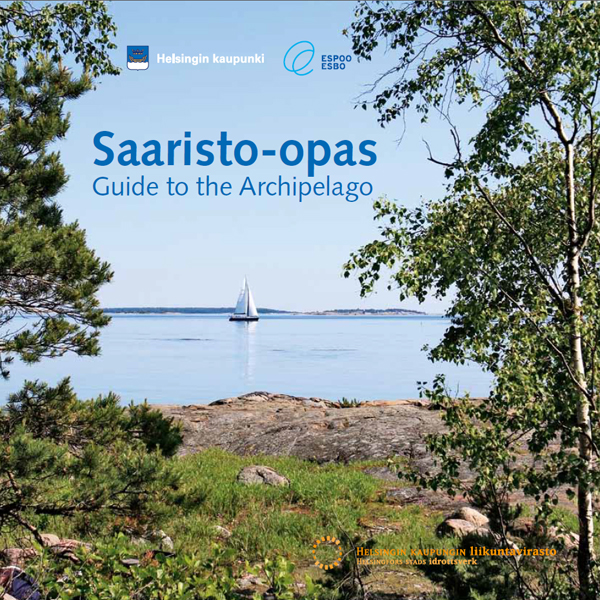 Archipelago guide to the sailing area outside Helsinki. Click on the image to get the guide!

Map of the Helsinki sailing waters

The thin blue line shows roughly the area around Porkkala that was ceded to Russia after the war.

One thought on “Sailing areas in Finland: The waters around Helsinki”