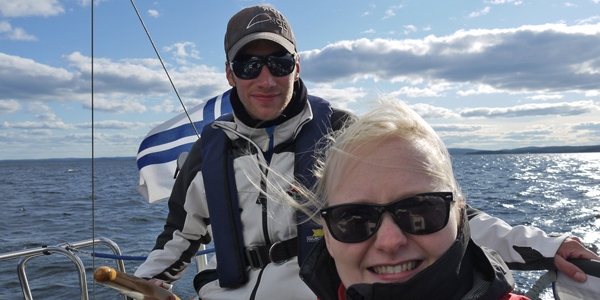 Sail in Finland is very proud to introduce to you the first guest bloggers on the site. Minna Valtari and Antti Laine are the owners and skippers of s/y Dolphin Dance, a Hallberg-Rassy 29 sailing out of Turku.

Minna and Antti write their own very interesting sailing blog S/Y Dolphin Dance. The blog covers a wide variety of topics and is really warmly recommended to anyone interested in sailing in the Baltic region and Scandinavia. Minna and Antti have promised to share some of their posts related to Finland also on Sail in Finland.

Minna Valtari & Antti Laine (M&A): Hello, and thanks for having us! It is such a great idea to build this website in English about sailing in Finland!

SiF: Can you tell our readers a bit about yourselves.

M&A: Besides sailing (and blogging about it), we are both entrepreneurs, so we try to combine these two time-consuming fields as well as we can. Minna is working as a social media consultant and trainer at Someco Ltd, which is a social media consulting and communications agency. Antti is currently working as a content producer also at Someco, as musician, as music teacher and as freelance writer.

SiF: How did you get into sailing?

A: As a kid, I spent plenty of time during the summers in our family’s cottage in Kustavi, and I was always keen to tour and explore the nearby archipelago with different boats. My first boat was a small inflatable powerboat, but after a few years of motoring around the nearby islands, I wanted to change to sailing, so we bought an Optimist dinghy. I also joined the local sea scouts of Naantali to get experience of sailing with a bigger boat. During the following twelve years or so, I had two other dinghies and our family had also a small sailing boat for a while. However, I really got hooked into sailing (again) in my mid-twenties after an inspiring sailing trip in Caribbean organized by Sail Training Association of Finland. Thus, in the following summer (2007), I bought my first small 24 ft. sailing boat, which I had for three years. Since 2010 I have been sailing with our current 29-footer “Dolphin Dance”.

M: I spent also my childhood summers near water, but I had never been in a moving sailing boat before meeting Antti. Thus in 2011, I was almost a total beginner with sailing, when we started the journey towards Norway. I had fortunately taken a basic navigation course one and a half years earlier, which helped a lot in the beginning, and it was nice to get to implement those studies into practice. 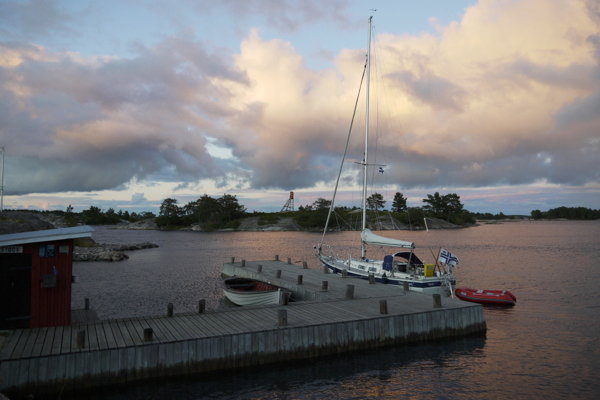 M&A: We started the blog two years ago in spring 2011, when preparing for the long sailing trip to Norway. We chose to write the blog in English, because we wanted to have a possibility to connect also with the local sailors in Sweden, Denmark and Norway, and people all around the Europe, who are interested in sailing in Scandinavia. Furthermore, many Finns do know English very well, so the choice of language is not limiting the Finnish audience.

SiF: You have actually covered a lot of waters since you started, how would you compare sailing in Finland to sailing in Sweden or Norway?

M&A: We think that each of the archipelagos in the Northern Europe has their unique charm and beautiful nature. What we especially like in the Finnish Archipelago is that it is less populated compared to the Southern Norway or Sweden. Also the sheltered sailing area and choice of waterways in Finland is very large especially compared to the coastal areas of Skagerrak, where the Archipelago is mostly a rather narrow belt between the mainland and the open sea. Also the average wind speeds, wave heights and currents are stronger in Skagerrak and Kattegat, than in the Baltics, so the sailing requires a bit more planning there.

In terms of nature and scenery, the east coast of Norway is surprisingly similar to the Finnish Archipelago, but the landscape turns the higher, the further west one sails along the coast.

SiF: What are your favorite sailing destinations in Finland, what should a visitor absolutely not miss?

M&A: We love to sail especially in the southern part of the Archipelago of Turku. For a sailor, this offers an amazing cruising area with a lot of choices for mooring within short distance. One can basically spend a lifetime sailing here, and still find new anchorages. Our favourite islands include Aspö, Helsingholmen, Björkö and Jurmo just to name a few. Also the Åland Archipelago and especially its northern part are among our favourite sailing destinations. 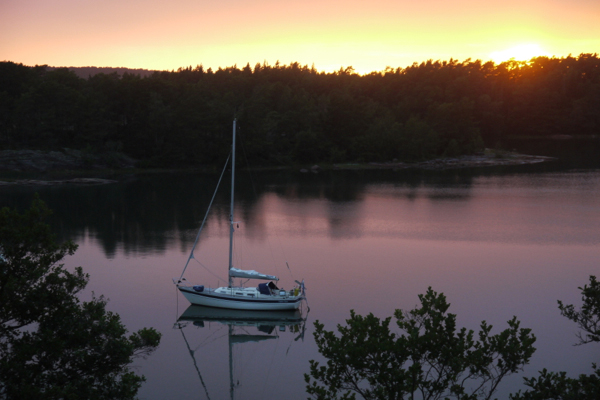 SiF: Any other recommendations that you have for anyone planning a sailing trip to Finland?

M&A: One recommendation is to reserve enough time for visiting all those great different harbors and islands. Also the weather is always a bit of a question mark here in the Baltics, so it is good to reserve some time for the rainy days in between. However, based on our experience, the summer weather is often sunnier in the northern part of the Baltics, than in the south.

SiF: Thank you Minna and Antti and welcome once more to Sail in Finland. You can find Antti’s first guest blog on safe navigation close to commercial traffic here.