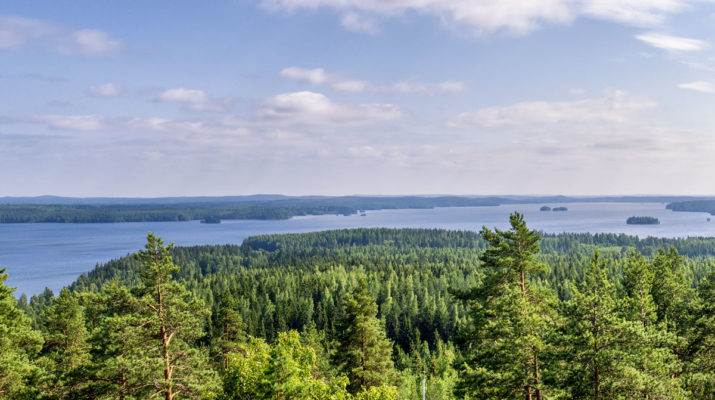 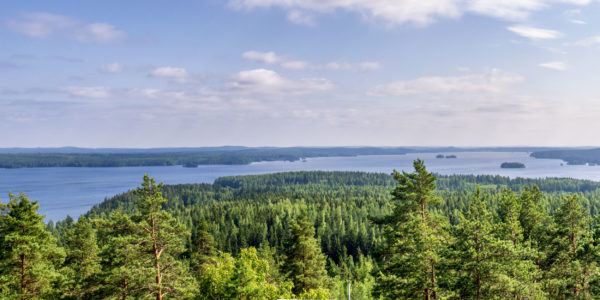 One of the most beloved songs about the Finnish lakeland is the song “On the highest tree-top“. The original lyrics for the song were written as a poem in 1853 by Zachris Topelius, one of Finland’s most famous 19th century authors. Topelius was escaping from a cholera epidemic in Helsinki and stayed at the Franssila Manor in Kangasala (close to Tampere). He was taken up on the Harjula ridge to see the spectacular views of the surrounding lakes and immediately fell in love with the sight. Still today you can admire the views from the Haralanharju observation tower. 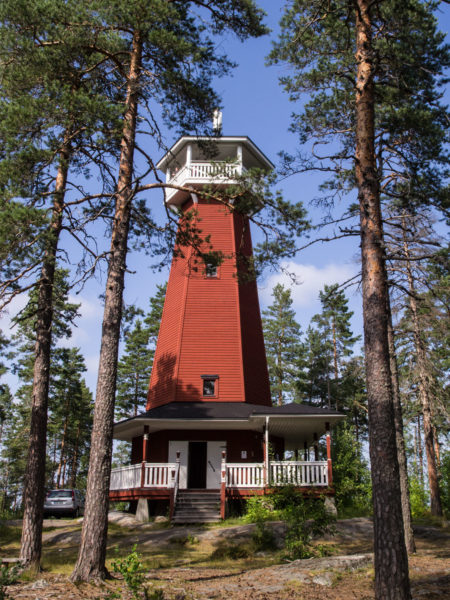 About 10 years later, Gabriel Linsén visited the same area in became equally enthralled by the views and wrote the music for Topelius’ poem. The poem now turned into a song has since become one of the most beloved songs in Finland.

Topelius wrote in Swedish and the original name of the poem become song was “En sommardag i Kangasala” (“A summer’s day in Kangasala”). The song las later translated into Finnish by P. J. Hannikainen, best known as a composer and conductor. In Finnish the song is called “Kesäpäivä Kangasalla” but is also often referred to by the first line: “Mä oksalla ylimmällä” (which literally translates as “On the highest branch”). The song has also been translated into English by Myrtha Kuusisto.

The song definitely sounds best when sung by a choir, the bigger the better. Here is a great recording by the Vox Aurea children’s choir from Jyväskylä.