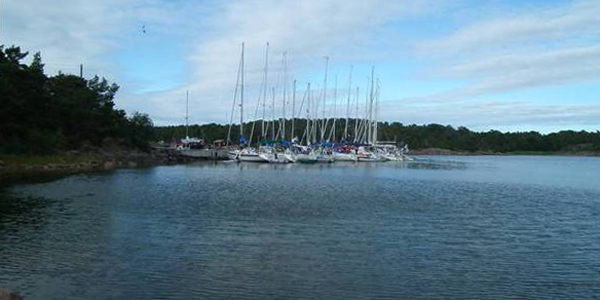 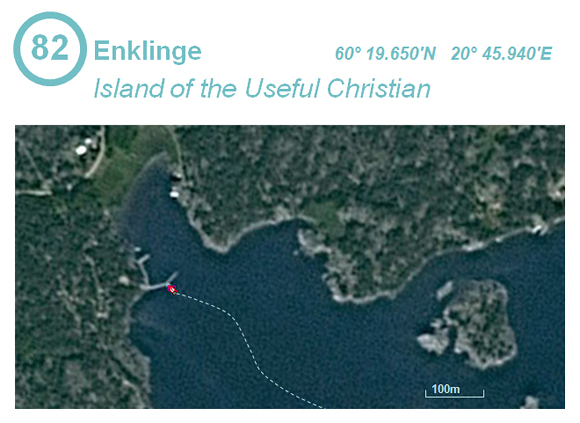 This pleasant guest harbour, where you use your own stern anchor, was very well sheltered from the strong northerlies we had when I was there. It might be a bit crap in strong south easterlies, but you’d probably be OK round the north side of the long pontoon. There’s just a composting bog and, of course, a sauna, but no shower. The island is a pleasant one to wander, with a good road. There’s a small shop roughly in the middle. To the north is a free open-air museum, consisting of traditional farm buildings which were, apparently, gifted by an eccentric old bloke in the 1970s. 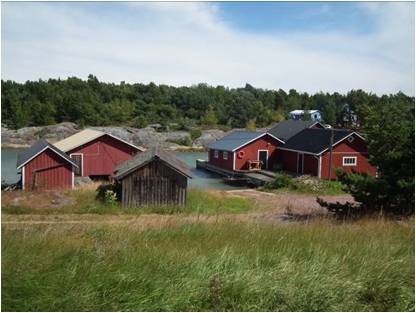 Pleasant walking and cycling on the island. These boat houses are at the extreme north end 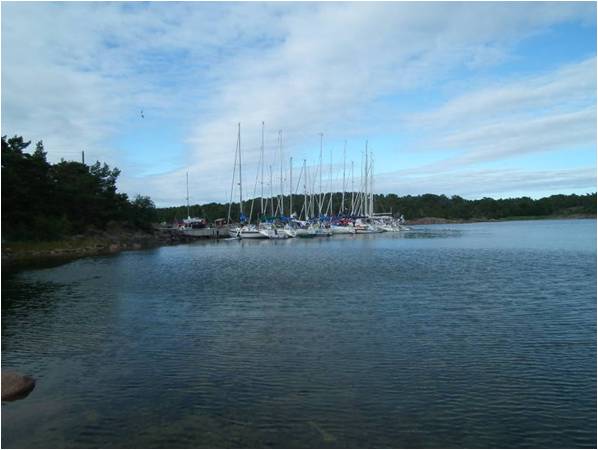 The main guest quay. Very well sheltered from the north and west but probably a pig in south easterlies

The local student who gave free guided tours made it interesting. I was there in July, so it was open. Doubtless it is shut at all other times. Whilst on Enklinge I was preoccupied by the need to replace my propeller, which fell off in Lappo (No.83). When I dived over the side and found half the prop missing I had visions of spending months on Enklinge trying to sort it out. But with the help of an old fixed bladed prop I found lying in the bilge and a welder and metal worker who was also a qualified diver and happened to be on the boat next door, the apparently intractable problem was sorted in a couple of hours. Thanks to the diver, whose name was Christian. All praise to the only useful Christian I’ve ever met. 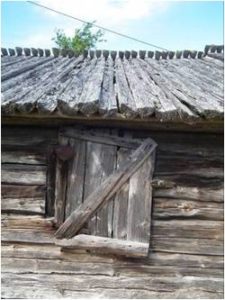 There’s an interesting (and free).. 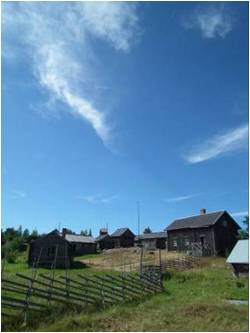 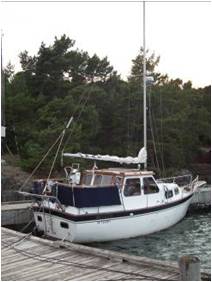 Locate Enklinge on the map and find more adjacent harbours and marinas here.