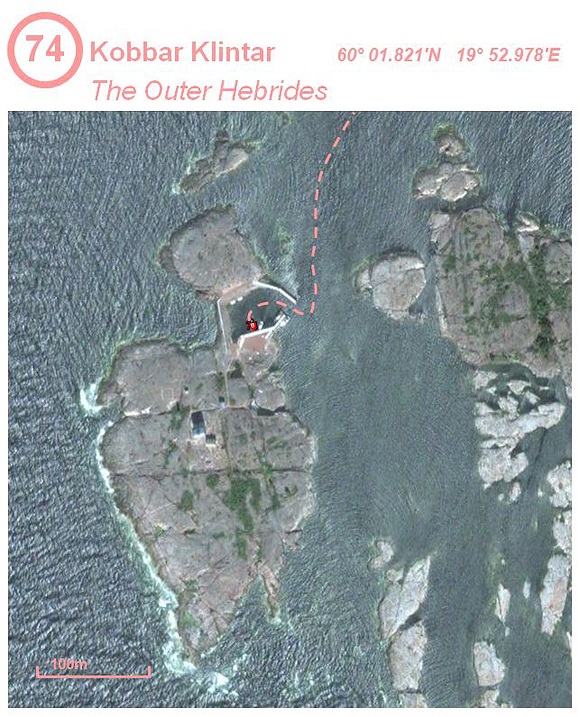 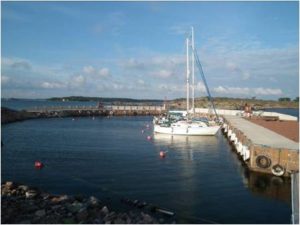 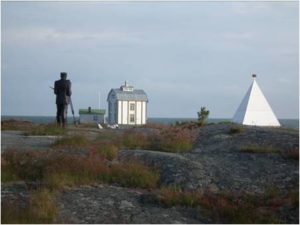 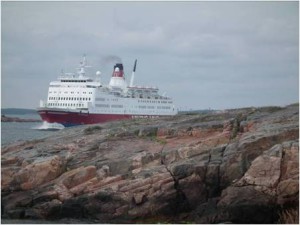 This really tight wee harbour with a rocky entrance is a good jumping off point for Sweden. The potentially dodgy channel is marked, but you’d soon hit the rocks if you strayed off it. Inside the harbour is wee but perfectly sheltered. It needs to be, since it’s completely exposed to the Aland Sea to the west. A Swedish bloke called this sea ‘the ocean’, whilst on the same day an Australian called it ‘the sound’, which says a lot about both countries.

The odd island, an old pilot station right near the main channel, came highly recommended by Finns. In Scotland, of course, we are used to bare, windswept islands and I rather like the sheltered, treed islands of the Baltic. But there’s so many of these that the Scandians always point you at the bleakest, windiest spots as being especially charming. It would appear that at least 50% of Finns and 25% of Swedes used to make a living through piloting boats around the rocky coast. The ridiculous new pyramid is, I believe, some species of museum. The ferries pass so close to this rock in the night, all cabin lights ablaze, that it is somewhat surreal. There’s stern buoys. When I was there the bogs were locked, but there was nobody on the island to take money off me.

More information on Kobba Klintar (in Swedish) can be found from: www.kobbaklintarsvanner.ax