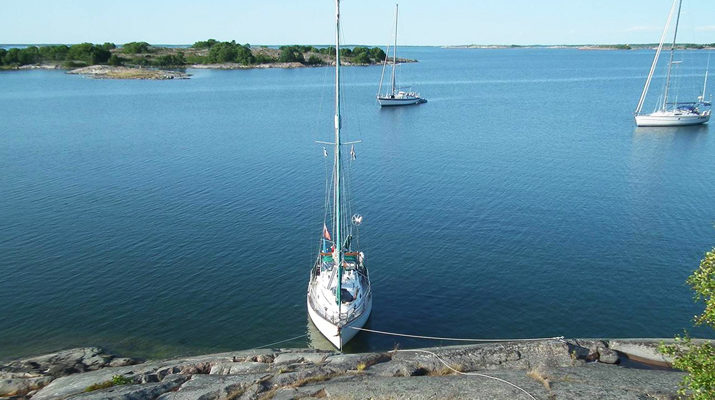 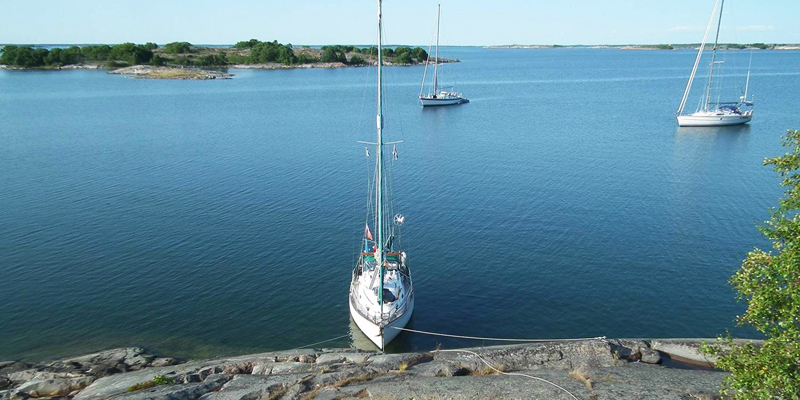 I’ve spent the last two summers (2012 and 2013) cruising the Baltic aboard my wee 27 ft long keeler from Edinburgh in Scotland. Most of that time I’ve been in the archipelagos of Eastern Sweden, Åland and the Gulf of Finland. It’s one of the world’s most fantastic cruising grounds. Hundreds of thousands of rocky islands, riven with deep water channels, provide an unbelievable number of perfectly sheltered, treed anchorages in which the main concerns are the temperature of the balmy summer waters for swimming and the availability of a perfect barbequing rock in the evening sun.

Most of the anchorages are in bays between 2 and 5 metres deep with muddy bottoms and perfect holding. There’s almost literally no tide of course and typically, around the shoreline, nice friendly elephant-back rocks curve down into the sea.

Everyone in Scandinavia with a boat has an anchor on the stern. Most have no anchor in the bow. The most common mode of mooring is to bung the anchor over the stern and tie the bow to a couple of rocks or trees on the shore. Then you nip ashore with the barbie and luxuriate on the round rocks that have been baking in the sun all day while your crew take a leisurely dip in the 20° plus sea. 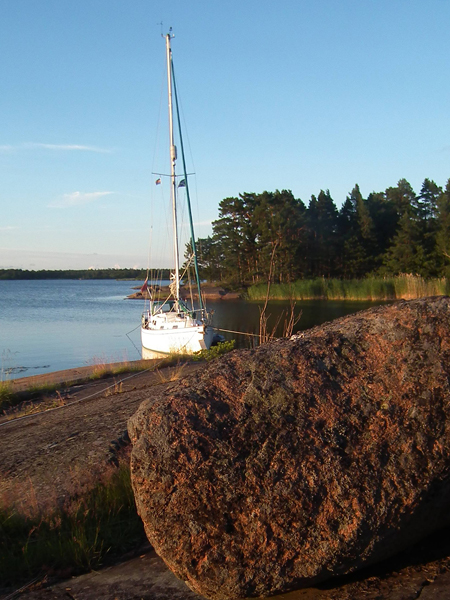 Safely tied up to a rock!

Scandinavians, of course, already know all this. But in the Baltic I’ve spoken to sailors from more difficult, tidal waters and quite a lot of them – especially some died-in-the-wool Brits – are extremely resistant to such filthy foreign practices. Some have refused even to contemplate having an anchor – or even a mooring warp – hanging from the stern. Others, in a region of the world where everyone, always, boards their boat over the bow, absolutely refuse to do so.

The most extreme case I met, when I offered to point out some idyllic anchorages which were more sheltered, beautiful and perfect than anything he would ever have come across, said “The thing is, me and the wife don’t want to see beautiful places and idyllic islands. All we want is an alongside berth near a supermarket”.

He’s beyond redemption, but I thought I’d try to encourage other people to experience some of the perfection that is a Baltic archipelago mooring on warm summer nights by describing those moorings, anchorages and harbours which I’ve poked around in during my very limited experience. 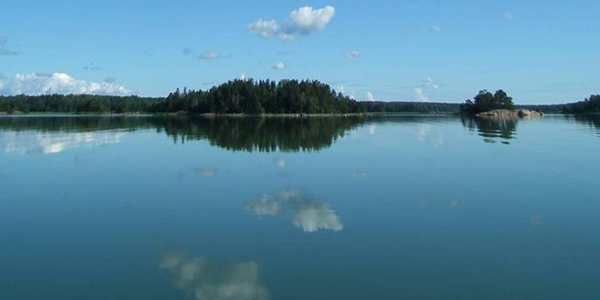 The price: heavenly peace and a great view.

There’s 105 such places detailed in ‘105 Rocks’, but I’m sure you could have guessed that. Sail in Finland are now ‘serialising’ this by publishing the Finnish part of the guide during the spring of 2014. A few Swedish ‘rocks’, just across the Åland Sea, will also be published.

You can find all ‘105 Rocks’, including a lot more in Sweden, on my website at www.edge.me.uk, where you’ll also find links to my ebooks about cruising and travelling.

I hope you find these pages interesting, but if you should become incensed with rage that I’ve not included your favourite wee spots, please at least bear in mind that you’ve not paid a penny for this very biased, personal guide.

You can find all the published harbour guides via the interactive map on this page.