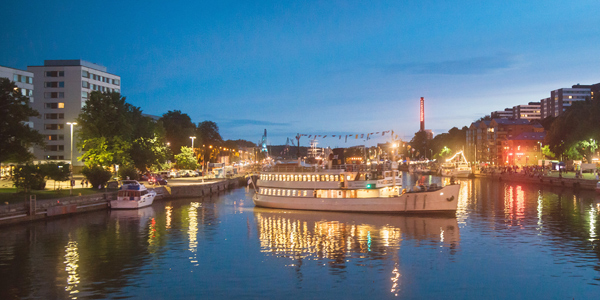 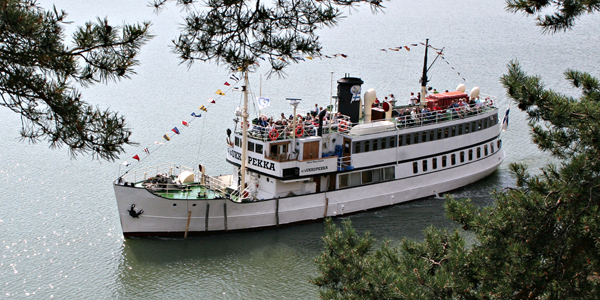 The age of the steam engine might be gone but you can still hear that steam whistle blow and feel the slow thuds of a real steam engine under your feet in the Turku archipelago. There is no better way to awaken your steamship nostalgia than taking an archipelago cruise on the steamship Ukkopekka.

s/s Ukkopekka, originally called s/s Turku, was built in Helsinki at the Hietalahti shipyard in 1938. s/s Turku was commissioned as a service vessel for the Turku pilot district and was used to service lighthouses and other aids to navigation in the archipelago.  During WWII s/s Turku was taken over by the navy and used as a patrol vessel. She also almost participated in the famous battle of Bengtskär, but run aground just before reaching the battle ground. After the war most steel-built vessels in Finland had to be handed over to the USSR as war compensation but s/s Turku luckily stayed in Finland as the was taken into use by the Allied (in Finland called just the) Control Commission. 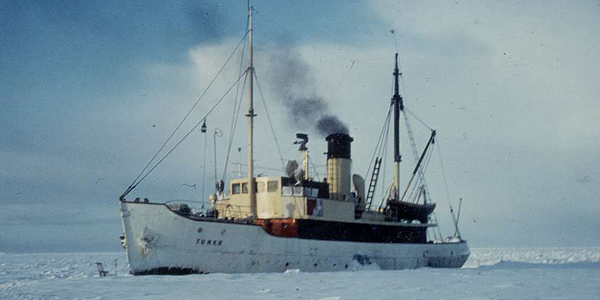 The original s/s Turku, here in one of her roles as an icebreaker.

When the Control Commission withdrew from Finland, s/s Turku went back to her duties as a support vessel and harbor icebreaker until she was finally retired in 1980. After having been taken out of service, s/s Turku was to be scrapped, but fortunately she was saved by steamship company owner Pentti-Oskari Kangas, a famous Finnish musician from the band Seitsemän Seinähullu Veljestä (roughly “Seven raving mad brothers” in english). 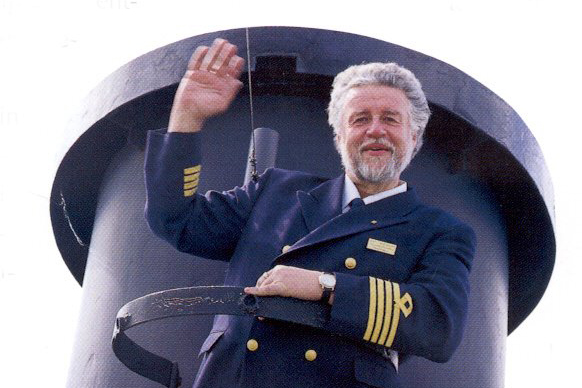 In 1986-87, s/s Ukkopekka was totally renovated at the Uusikaupunki shipyard to get her current cruise ship looks. For instance the 52 brass windows that adorn the restaurant were salvaged from an old Polish passenger ship that was being scrapped at the time.  s/s Ukkopekka can now take just under 200 passengers of which 150 can be seated in the restaurant.

What makes s/s Ukkopekka unique is that she is still equipped with the original trippel expansion steam engine from 1938. The engine is most likely the last of its type still in operational use in the world! Only the water boiler is a more modern construction as it is no longer heated with wood but uses oil instead. With the current boiler, the engine generates some 380 hp and gives Ukkopekka a top speed of about 10 knots. 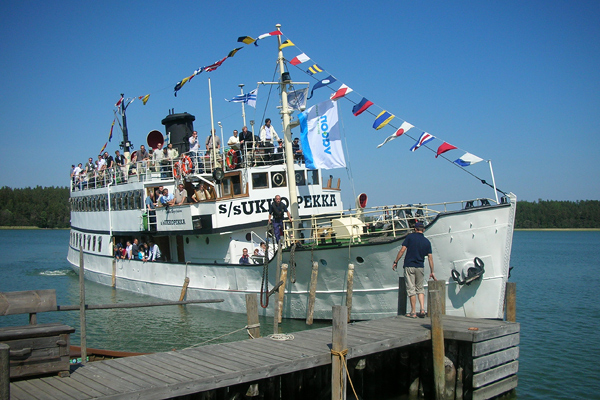 Cruises in the Turku archipelago

Today s/s Ukkopekka is one of the best maritime attractions in Turku. From its mooring place in the Aura river just above the Turku Castle, s/s Ukkopekka takes steamship and archipelago lovers on cruises starting May 14 and ending  August 30 (2014 times, check the schedule here). You have a choice of a day cruise or an evening dinner cruise.

Between June 10 and August 16, there are two day cruises that take you to the lovely small town of Naantali, just north-west of Turku. Other times s/s Ukkopekka is available for groups (30 person minimum) for a 2 hour lunch cruise into the archipelago starting at noon and returning at 14:00. 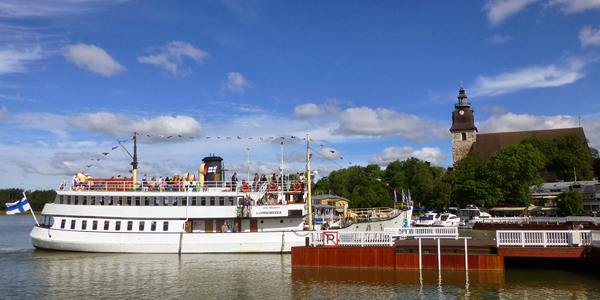 You can combine the daily cruises to Naantali with a stay in the city. If you want to take the opportunity to visit Naantali (and you definitely should) you can leave Turku on the earlier cruise and return on the later. In this way you can spend a nice day taking in all the sights in Naantali.

One warning though, if you plan to go to see the Muumin World, then taking the ship both ways will probably result in mutiny among the children. But don’t worry, there is also a Muumin World special special where you combine the morning cruise with a full day in the Muumin World and finally return late to Turku by bus!

If the day tours are just perfect for families, the evening dinner cruises offer a romantic night out with that special other. The dinner cruises go to the small island of Loistokari on the firth of Airisto. Cruise out to the island, enjoy a dinner under the open skies while enjoying the light of the Finnish summer nights. And if you feel like, dance the rest of the night away on the jetty. 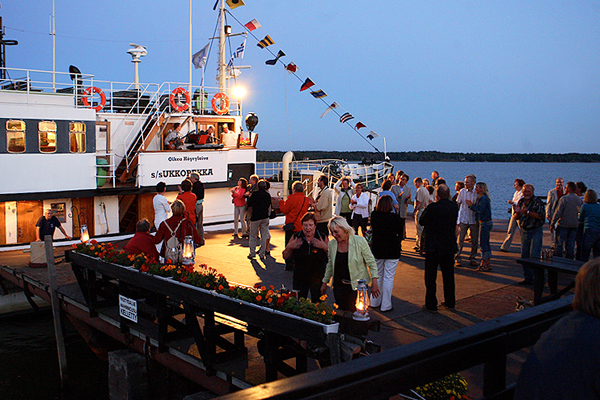 Dinner and dancing on the island of Loistokari

s/s Ukkopekka operates from the west shore of the Aura river, just before the Martinsilta bridge in the center of the city of Turku. If you are staying on your own boat at the Turku Marina, s/s Ukkopekka is just a few minutes walk upriver. For current prices and schedule, check the Ukkopekka site! Book your tour by emailing [email protected] or by calling +358 2 515 3300. And if you are on Facebook, you can follow Ukkopekka here.