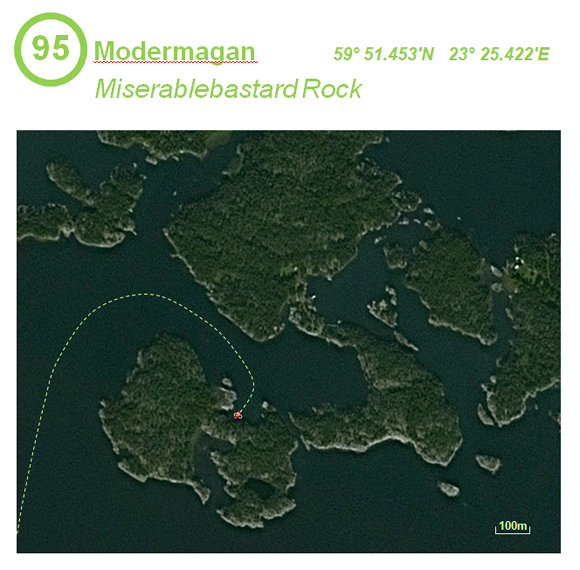 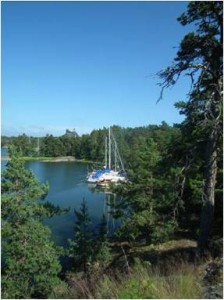 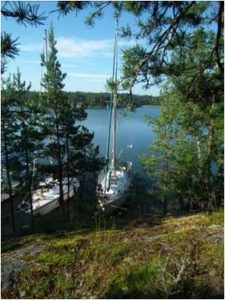 It was blowing a force 6 from the south west when I entered the perfectly sheltered bay at Moderrmagan but, from my rock amongst the trees tucked into the south side, it was impossible to tell that there was any breeze at all. Every now and then I would climb the low rocks to the south side of the island and see that it was still blowing a good 25 knots.

There’s a composting bog, a nature trail round the island and plenty of good rocks to tie to on the south shore, making this a spot-on passage harbour. Watch out of the charted rock in the middle near the entrance. The bay to the south of my position, which nearly cuts the island in two, would also be good. But in a strong southerly the narrow and shallow entrance looked forbidding and there was less shelter. In anything except a strong southerly it would probably be worth a go.

I was in amongst a row of 4 boats in a popular bit, but a few others were scattered around and there was plenty of anchoring room. In the evening the most miserable bastards I met in the Baltic came in. I was wandering about on the rocks to the east of Zoph when a yacht with a family of 4 – Mummy and Daddy and a teenage boy and girl – arrived and approached the spot I was standing on. As is customary I waved and indicated that there was plenty of water. They didn’t acknowledge me but kept on coming. I offered to take their lines. Unsmiling, all 4 of them looked right through me as if I wasn’t there. Perhaps they genuinely couldn’t see me because when the yacht was a metre off Kevin the teenager jumped off exactly at the spot I was standing on. I actually had to throw myself sideways to avoid him landing on me. At no point did the Miserablebastard family acknowledge my existence at all. Folk on neighbouring boats concurred with my view that this ignorant behaviour was more or less unprecedented. Don’t worry, this is most unlikely to happen to you. Most folk are friendly and happy to help and be helped. 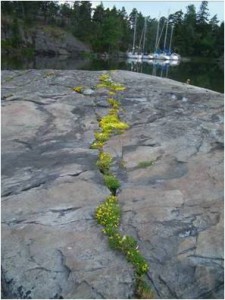 Finns and Swedes tend to crowd together in anchorages 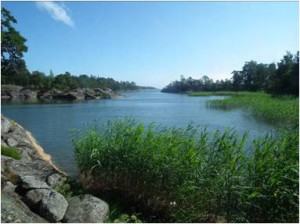 The bay on the south of the island is shallow and narrow, but might be good when there’s not a strong southerly

Locate Modermagan on the map and find more adjacent harbours and marinas here.