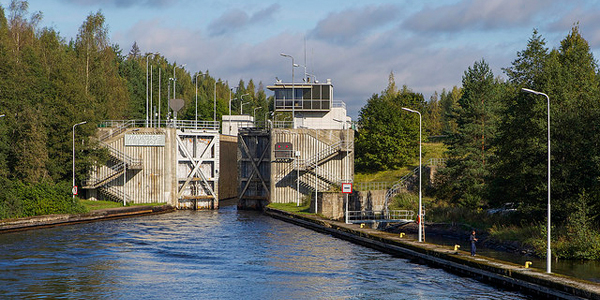 The Lake Saimaa waterways provide some of the most enchanting inland boating in the world. With thousands of nautical miles of marked channels, thousands of islands and great boating services (almost 100 marinas), Lake Saimaa is like no other boating destination. One of the best kept secrets of Lake Saimaa is that you can quite easily reach it via the Saimaa Canal that connects it to the Gulf of Finland. 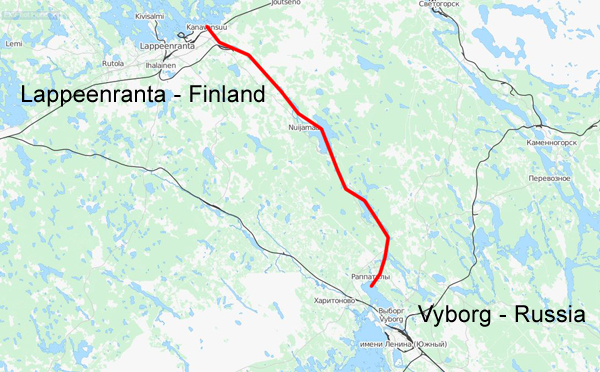 The Saimaa Canal runs from the city of Vyborg on the Russian side to the city of Lappeenranta on Lake Saimaa, Finland. Map © OpenStreetMap contributors

Using the Saimaa Canal is a little bit tricky as the canal starts in Russia, close to the city of Vyborg (Viipuri in Finnish). When the canal was opened in 1856, Finland was a grand duchy of the Russian Empire. When Finland gained independence in 1917, the full length of the canal ended up inside the borders of Finland. However after the Winter War (1939-40), the Finnish eastern border was moved westwards and part of the canal ended up on Russian territory. This border was reaffirmed in the peace treaty signed between Finland and Russia after the WWII. The canal was reopened to traffic in 1963 when long negotiations finally came to a conclusion and Finland rented the Russian side of the canal. The second lease period of 50 years started in 2012. 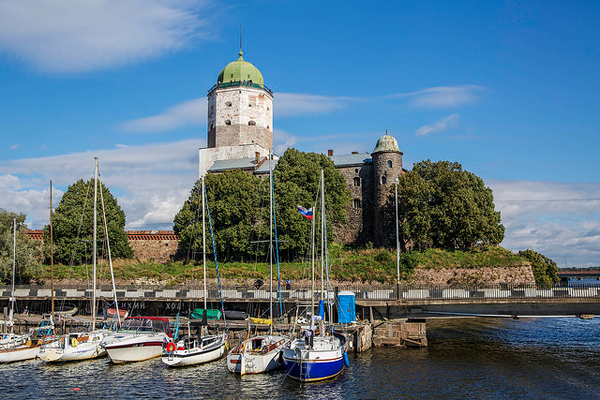 The transit traffic does not allow pleasure boats to land in the old city of Vyborg by the entrance of the Saimaa Canal. To visit the city, you need to comply to the regulations for entry by boat into Russia. Image: ninara, CC license.

Traffic passing through the Saimaa Canal is regulated by a special treaty. The stipulations of the treaty for pleasure crafts lie somewhere between the rules that apply to vessels entering Russia and the rules that are used in Finland.

The basic notion is that transit traffic between Lake Saimaa and the Finnish waters of the Gulf of Finland is regarded as Finnish traffic but with some added border and customs controls on both the Finnish and Russian side. To qualify for the special status of transit traffic, a pleasure craft must pass through the waters between the Finnish border and the entrance to the Saimaa Canal at the Brusnitchnoe lock using specific channels and without stopping anywhere on the Russian side.  If you want to stop somewhere along the route, for instance to visit Vyborg, you must follow the full procedure for entry into Russia. 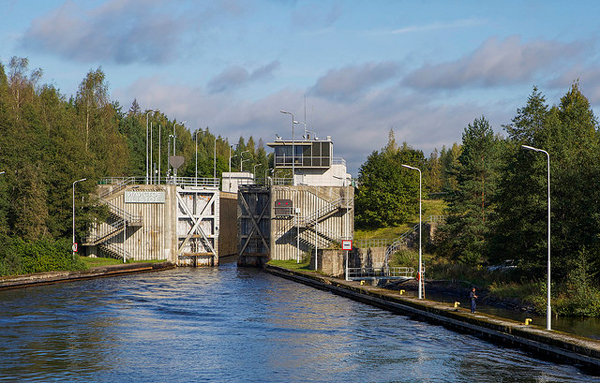 The Saimaa canal is about 23 NM long and 8 locks raise boats 75 meters from the Baltic to Lake Saimaa. Image: ninara, CC license.

The requirement to pass without stopping from the Finnish side to the entrance of the canal means you need to do a little bit of pre-planning. The most important thing is to fill up your fuel tanks in Finland before you leave. Sail boats should note that sailing is not possible in the Canal and the waters on the Russian side are quite narrow and sheltered so most likely also sail boats will end up motoring most of the way.  The distance from the Finnish waters in the Gulf of Finland to Lappeenranta is roughly 80 NM.

An other thing to pay attention to is that the Russian authorities limit pleasure boat traffic to between 08.00 until 20.00 Moscow time (same as Summer Time in Finland, UTC+3). This means that you should leave the Finnish border control stations (either Santio or Haapasaari) early enough so that you can reach the Canal by 20:00. If you leave from Santio (the eastern-most border station) the distance to the entrance of the canal is about 40 NM. 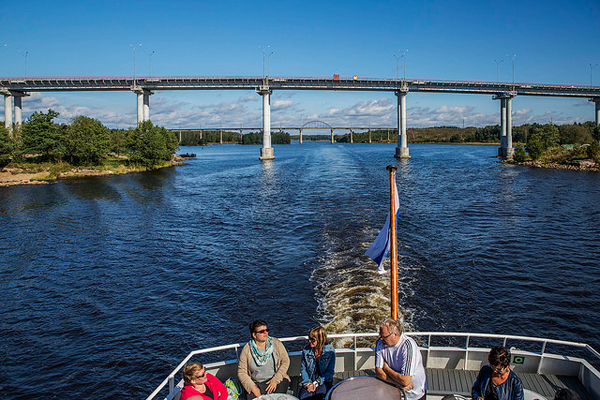 Pleasure boats under 24 meters of length are exempt from using a pilot on the canal and in the Russian waters provided that the boat is equipped with a VHF radio. There must also be a VHF operator on board that knows either English or Russian. If you don’t need a pilot, there are no fees for using the canal, pilot fees can be had on inquiry.

Traffic on the Saimaa Canal is regulated by the Board of Management of the Saimaa Canal. The board has published a rather comprehensive document that provides the information that is needed for a pleasure boat to use the canal (NB: instructions on the use of the canal change quite often so make sure you have the latest version of this document, the linked document is from 2017). There are some interesting gotchas in the instructions though, for instance the rules and regulations for the inland waters mentioned in the document are only available in Finnish.

Using the canal is quite simple. Make sure you have the canal charts, you can buy them online for instance here. Once in the canal, the locks have a system of bollards that raise with the water level and hence use of the locks is quite straight forward. There is a lot of commercial traffic on the canal. Pleasure craft always yield to commercial traffic so care is required. The canal is open 24 hours/day but once you are in the canal there are also a number of places where you can stay over night.

There is a lot of commercial traffic on the Saimaa canal that pleasure boaters need to give way to. Image: Juha Mäkeläinen, CC license.

Why don’t you set your sights on Lake Saimaa and experience something totally different next summer!