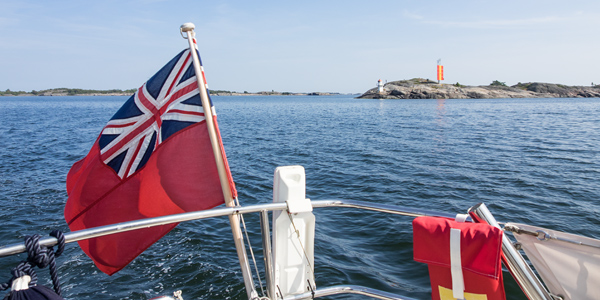 The World Crusing Club (of Atlantic Rally for Cruisers, ARC, fame) has expanded into many new seas and oceans. This year the Club added the Baltic Sea to their list of rally destinations with the introduction of the ARC Baltic Rally 2014.

The ARC Baltic took a fleet of of 27 yachts on a grand tour that started in Kiel in Germany on July 7 and ended in Mön, Denmark on August 15. The stop-over highlights included some of the main cities around the Baltic including St. Petersburg, Tallinn, Helsinki and Stockholm. The overall distance covered by the fleet will be about 1600 miles. You can check out the route here. 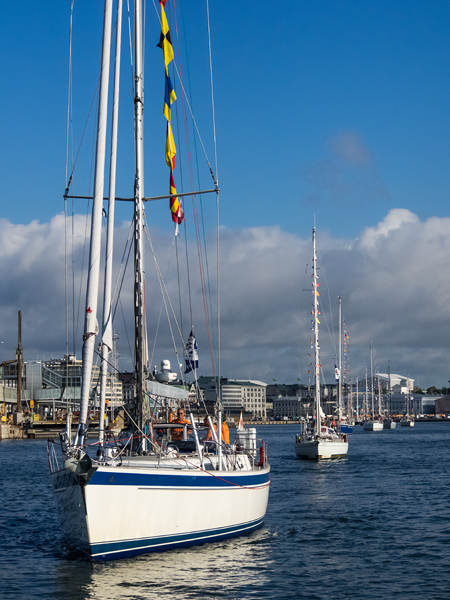 I was invited to join the fleet for three days for the leg from Helsinki to Mariehamn on the Åland islands and ended up being pampered senseless by Tina and Richard on their Rustler 42 Jubilare. It was a great being able to experience the Finnish archipelago through the eyes of someone used to very different sailing conditions.

The weather in Finland was just incredibly warm at the end of July, the fleet could not have been more lucky in that respect. The wind was from the south-west which is not very favorable when going west from Helsinki. For the fleet this meant some motoring to keep their schedule. However the narrow channels and beautiful shores seemed to be more than ample compensation for having to do a bit of motoring. 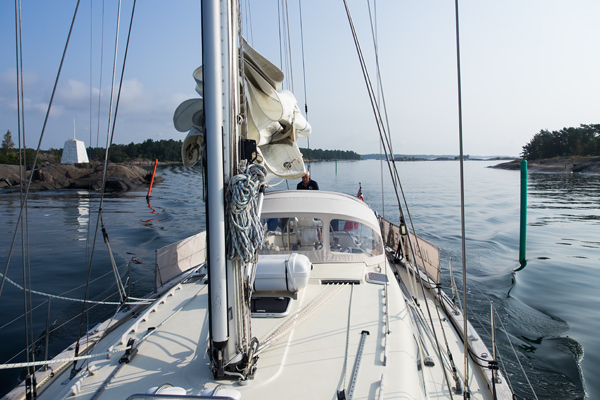 Some times the marked channels in Finland are really quite narrow.

The distance from Helsinki to Mariehamn is about 160 nm. The rally had reserved 3 days for the leg. By Finnish standards that it a bit of a push, but with early wake-up calls the schedule held up very nicely. The fleet split up into smaller groups, each group tuned to the sailing habits of those aboard. Jubilare and a few other boats first stopped over in the Modermagen (or Gropen) natural harbour. Modermagen is a veritable hurricane hole and the fleet had a very peaceful night in the bay after a little excitement navigating the very narrow entrance to the bay. 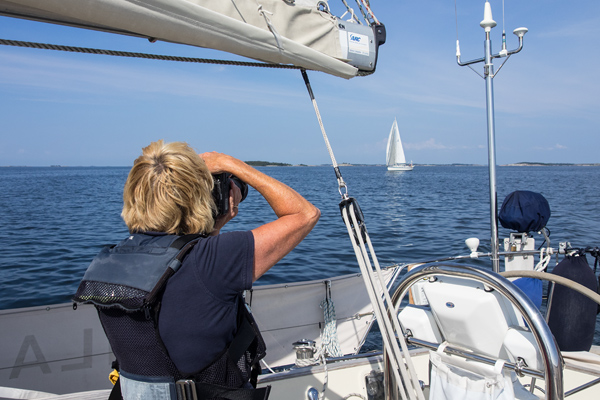 Photography was a very popular pastime during the passage in the archipelago.

The second day saw a bit of improvement in wind direction and after passing Hangö all the sails were out. Before reaching Hangö, Jubilare negotiated the narrowest section of the journey where the marked channel at places was only wide enough for a single boat. Quite different navigation from setting sails in the morning and not seeing land again for hours and hours. Also a nice lesson in the reliability of the Finnish paper charts. 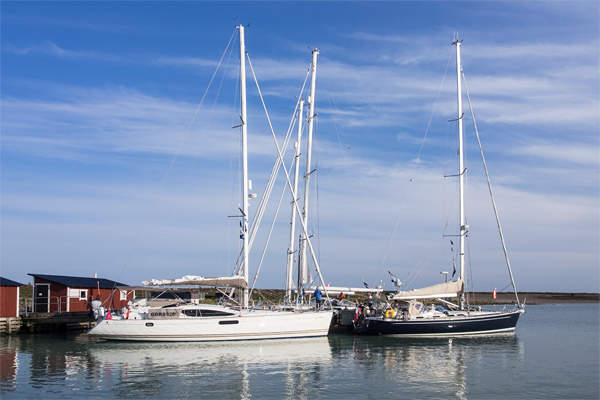 Big boats filling up the the harbor on Jurmo island

The second night was spent on the island Jurmo, in the marina built next to the island’s traditional small fishing harbor. As many archipelago harbors, also the Jurmo harbor is quite shallow, but 5 boats from the fleet could easily find moorings. The Finnish high season had just ended and the owner of the small harbor shop was overjoyed when the fleet clean out his stock of smoked fish. The crews also got the chance to enjoy a Finnish sauna which for some people was a first.

For the last day, the wind turned over to a brisk south-easterly and the best sailing day of the leg started. A few rain clouds passed close to the fleet and brought with them over 20 knots of wind, just a perfect day for all the big yacht in the fleet. Some more tight and careful navigation together with the very frequent ferry traffic between Sweden and Finland finally brought the fleet into the west harbor of Mariehamn where boats moor just under the four-masted museum tall ship Pommern. 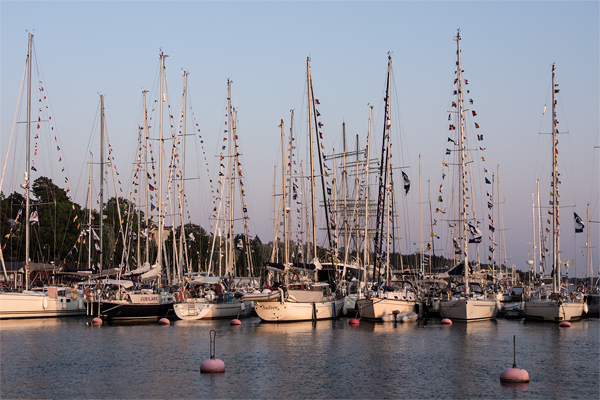 The Finnish leg of the race ended in the sunset in Mariehamn, the capital of the Åland islands.

As the fleet gathered in the very good Mariehamn west marina (ÅSS Marina), there was at least one thing all boats agreed on: the leg in the Finnish archipelago had been all too short and pretty much everyone promised that this would not be the last time. Also the regatta organizers seemed very happy with the Baltic regatta so I’m convinced that also the World Cruising Club and the ARC Baltic Rally will be back, perhaps as soon as next year. Stay tuned! In the meanwhile you can read more about what the crews thought about the whole trip on the rally blogs.